skip to main | skip to sidebar

In the Meadow We Can Build a Snowman...

Walking in a Winter Wonderland is one of my favorite holiday tunes--it's just so fun!  This cute snowman, who may or may not be a parson, is from A Quilted Christmas, cut at 4", without the "quilted" layer.  Paper is Snow Festival.  I used a Cuttlebug folder on the red layer. 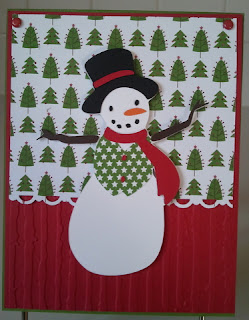 I just love snowmen!  And this one looks so happy, plus he won't turn to mush at the first sign of a warm spell.

Have a great day everyone!

Gasp!  Another owl card?!?!  Could it be I'm being seduced by the dark side of the OWL Force?  I have to admit, this particular owl is exceptionally cute!  But it turns out the Director of Disciple Development at our church likes owls!  So I can indulge my need to use all my cutesy Cricut stuff with her.  I plan to make her several owl cards over the next week or so. 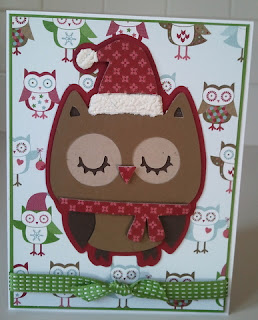 The image is from Create-a-Critter 2 and is cut at 4".  The bizarre owl paper is from SU's Snow Festival, in the Holiday Mini Catalog.  The ribbon and layer are Gumball Green.  Base is PTI, owl colors are Early Espresso, Soft Suede, and Crumb Cake.  Hat is embellished with Liquid Applique and Dazzling Diamonds glitter.

Thanks for taking a look--have a great day!

Good morning!  Another Teddy Bear Parade card to share with you.  I made this one before I received my Peachy Keen stamps in the mail, so this is how they look straight from the cartridge. 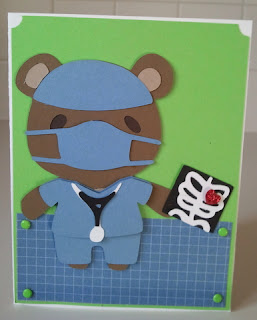 Again, bear is cut at 4".  Card base is PTI white, layer is Green Galore (SU ret) and the DP and brads are also SU retired.  I used red stickles on the heart on the X-ray.  This cartridge is extremely easy to use and so cute!

That's it for today--thanks for stopping by!

I got this cartridge, Teddy Bear Parade, a while back but haven't played with it too much.  But I saw a cute card HERE and decided to case it.  I used VERY old patterned paper by Junkitz and Peachy Keen stamps for the bear's eyes.  I put Crystal Effects on the balloon dog to make him look shiny, and used real pom poms for the buttons.  The inside is stamped Happy Bearthday, from SU's retired Build a Bear sentiments set. 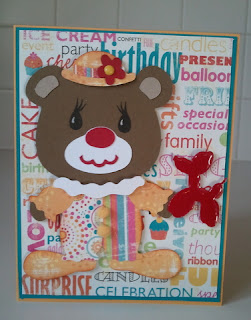 Bear and layers are cut at 4".  I used a little piece from an old corner punch for his mouth.  Card base is PTI's Summer Sunrise, layer is retired SU Taken with Teal.

Hope you enjoyed this card--TFL!

Wait...WHAT?!?  No, it's not for me!  These plaques are for the scholarship auction! 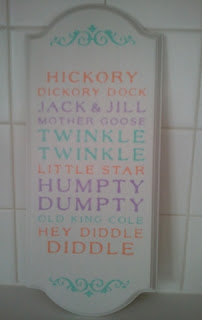 I used the Word Collage cartridge and my Gypsy to design these.  I bought wooden plaques at Mike's and painted them with Martha Stewart paint, color Summer Linen--love it!--three coats.  I measured the width of the plaques and sized the art at 5" wide, which makes it 10.5" high.  I cut each piece out of vinyl to create a stencil.  In hindsight, I probably could have used clear contact paper--cheaper.  I had to weed each little letter!  Took forever!  And the centers of the little A's (they were the worst) and some of the other letters had to be left behind...this project was seriously time consuming!  I used transfer tape to pick up my stencil and trimmed the edges very close to make it easier to line up.  I separated the flourishes from the main artwork so I could put them closer to the ends.  I also used the same flourishes on both pieces, even though they have different flourishes. 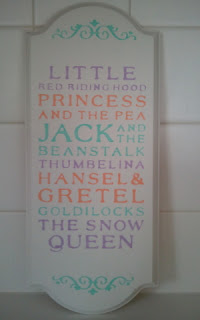 Then I used various gender non-specific colors of MS paint to stencil.   To finish I sprayed them with 2 coats of clear matte acrylic spray. 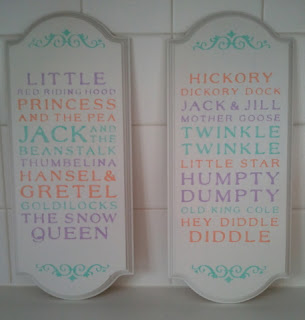 I'm including some Command strips to hang them with--this way I don't have to deal with hardware.  I hope someone likes these enough to bid on them.  The trouble with nursery stuff is people usually have a color scheme, and if something doesn't go with it, they won't buy it.  We shall see.

I really like the way these turned out, even though they were a pain!  Hope you like them too.  Thanks for stopping by today!

I made this plaque for a Thanksgiving/autumn basket for our scholarship auction.  I am also putting in a pumpkin spice jar candle (for which I may or may not make a label--haven't decided yet, probably will) and a box of pumpkin bread mix. 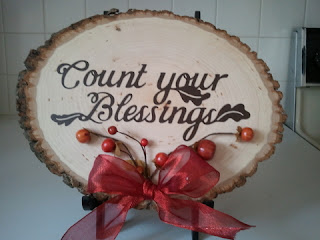 I was inspired by an item I saw in the Nov/Dec issue of PaperCrafts magazine, or possibly their holiday issue.  I am, after six years, letting my subscription lapse.  I think I can get more and better inspiration from the internet.
I used a Basswood Round from Michael's.  I used the Thanksgiving seasonal cartridge and my Gypsy to cut the phrase out of dark brown vinyl.  I cut it at 8" wide, which works out to be 3.13" tall.  I hot-glued wired ribbon (LOVE that stuff!) and a fall floral pick from Mike's to finish it up.  I'm also including the easel.  I like how this turned out.  If no one else bids on it, I just might get it for myself LOL!

Thanks for dropping by today.  Have a creative day!

This card uses ODBD's set His Gift.  I stamped the poinsettia collage image in Cherry Cobbler on Primrose Petals and spritzed it with the shimmer paint mixture.  I matted it on CC.  GG layer is embossed with SU's square lattice folder. 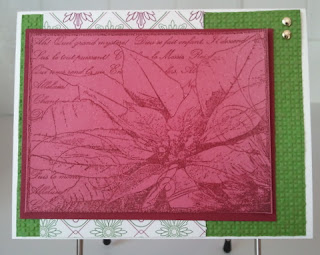 I just love collage images AND poinsettias, so this is a two-fer for me!  Hope you enjoyed it as well.  I hope this basket of cards gets lots of bids.

For this card I used ODBD's set Sweet Christmas Wishes and matching window die.  I colored the image using blender pens and ink pads.  Ribbon is Gumball Green that I got FREE with some SU promotion. 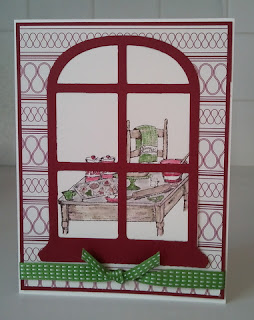 For this card I used the ODBD set Worship the Lord.  The mat was cut out using the Cricut cartridge Elegant Edges.  I stamped the image in Cherry cobbler, matted it with the SU Be of Good Cheer DP, and added a Prima Poinsettia and Holly Leaf.  I also spritzed the main panel with Champagne Shimmer Paint dissolved in alcohol, but I don't think you can see it in the picture. 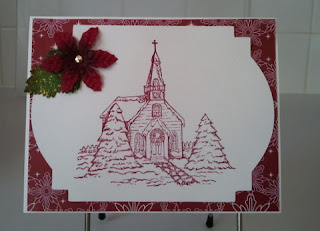 This looks kind of plain, but it's pretty IRL.  Thanks for dropping in!  Have a wonderful day! 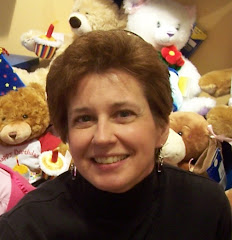 Amy
I am married with 2 great kids. I am a perfusionist, which means I operate the heart-lung machine in open heart surgery. I moved to Wichita in October 2007 and I love it here! I've got a great group of stamping friends here, we found a church we love and a house we love. We have a dog and 2 cats. I am published again! 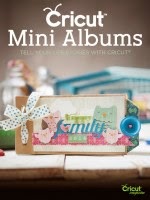